I grew up in Mobile, Alabama. These are photographs I took around the area. The water views were taken on the Eastern Shore of Mobile Bay, where I enjoyed all of my summers during my high school and college years.

This is an image of shrimp boats taken in Bayou La Batre, Alabama. The image is highly stylized with HDR effects on the single shot.

My family took a Caribbean cruise in April 2010 with my wife’s sister and her family. These are some of the pictures taken with a compact Panasonic digital camera. 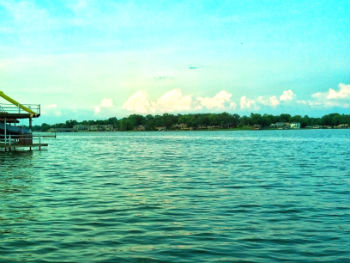 So it’s March 2 and we’re currently experiencing thunder-sleet. Here’s remembering past, and thinking ahead to future, warmer days!

My older daughter was married this in July 2013 in Madison, Wisconsin. The bridal shower was held at the Olbrich Botanical Gardens, where I took the following cell phone pictures.

The wedding itself took place in the Assembly Chambers of the Wisconsin State Capital Building. As the father of the bride, I had limited time to wander around taking pictures. These are the cellphone pictures I was able to grab:

View from the balcony of the Wisconsin State Capital

And of course, I have to include a picture of the newly married couple, taken at the wedding reception:

My son was a midshipman at the United States Naval Academy who graduated in May, 2014. Early in his time at the Academy, we attended a Parents’ Weekend that took place on September 21-23, 2012 at the Academy in Annapolis, Maryland. These are images taken during that weekend:

My job as an attorney took me to many of the courthouses throughout Texas. The architecture found in those buildings is impressive. These are pictures I took with my cell phone inside the old Tarrant County Courthouse in Fort Worth, Texas. Photo of orchid against night background 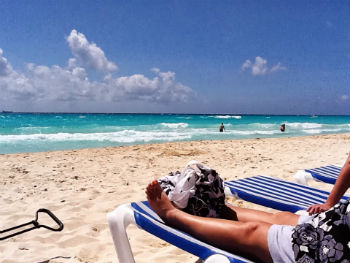 During my time as an attornery I was  fortunate to work for a firm that treated its employees well. Each year for five or so years before the Covid pandemic, the firm took its employees to Playa del Carmen, Mexico for a vacation. Each of those trips was a relaxing, fun-filled adventure. Below are images taken of some of those vacations. Many are from The Reef resort, where we stayed on one of those trips.

Poolside at The Reef

A view from the room at The Reef

The beach at The Reef

On the grounds of The Reef

A common area at The Reef

The pool bar at The Reef

Recliners in the shade at The Reef’s beach

A typical building containing guest rooms at The Reef

A view from the room’s deck at The Reef

Another view of the beach at The Reef

Another view of the common area at The Reef

Another view of the grounds at The Reef

Some rooms at The Reef

On the grounds of The Reef resort

The dining room at The Reef

A water feature on the grounds of The Reef

At The Reef, Playa del Carmen

A view at The Reef

On the beach in Playa del Carmen

The view from the beach in Playa del Carmen

For many years, one of the local Dairy Queens (this one in Seven Points, Texas) sponsored an annual classic car show. The show featured in this poast was on October 19, 2013, which was a beautiful, clear and sunny day. These are my photos of some of the fabulous classic cars that were on display. The pictures were taken with a Motorola Droid Razr (2) cellphone. Their quality both surprised and pleased me. The images are pretty much “as taken”: I only edited them in Google Plus with “pop” and “structure +” adjustments. Those brought out the correct colors and cleaned up the sharpness/detail.